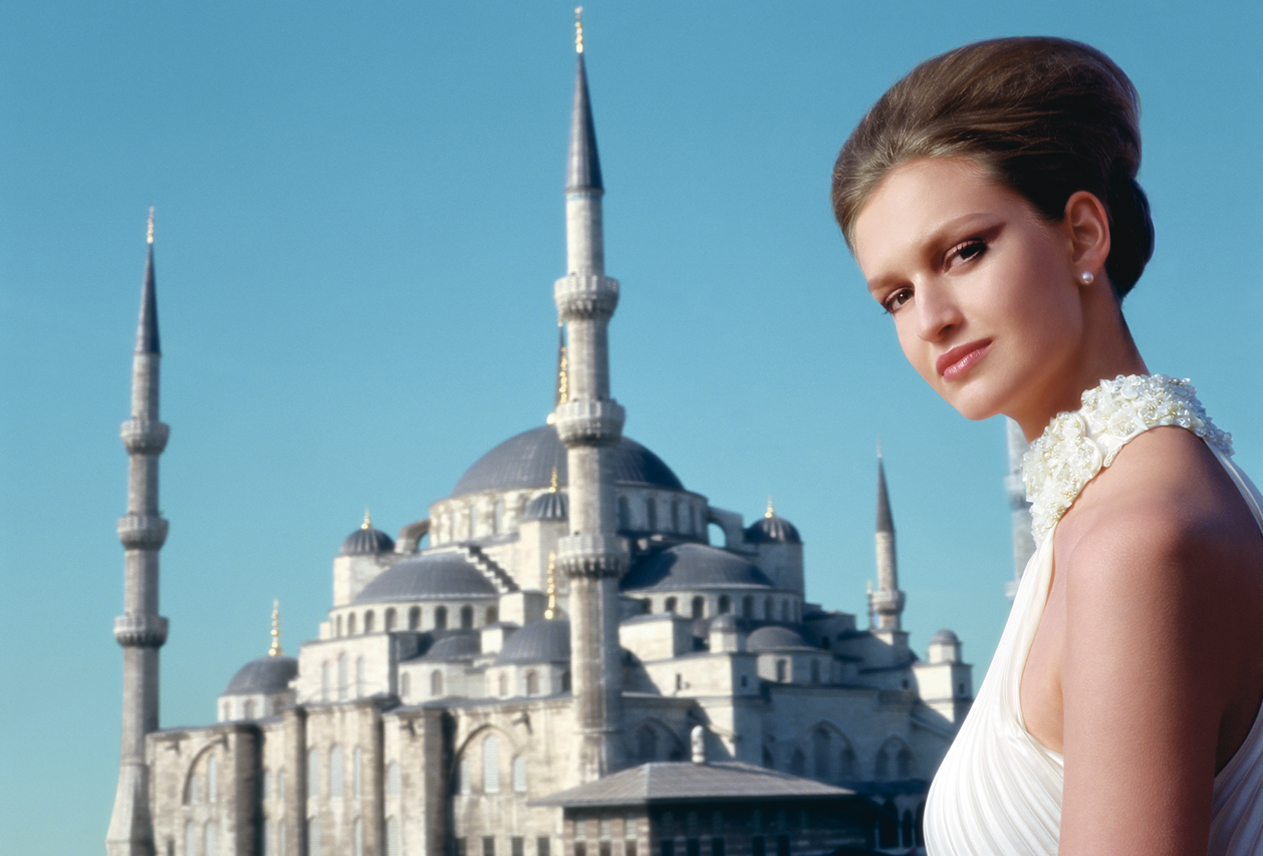 Istanbul is a perfect blend of old and new. Its exotic skyline mixed with its super hip art and culture scene makes it one of the coolest cities in the world and one of my favorites to visit. We were doing two shoots for the London Telegraph supplement with style editor Daniela Agnelli. One story was postcards from Istanbul, using all the landmarks and the other a 1920s story at the Art Noveau, Pera Palace Hotel. Postcards from Istanbul were using 1950s inspired clothes. We shot it like the 1950s Hitchcock films. Very flat and we pastelized the colors to give it a sense of the period. We shot at the stunning Aya Sophia one of my favorite buildings in the world. 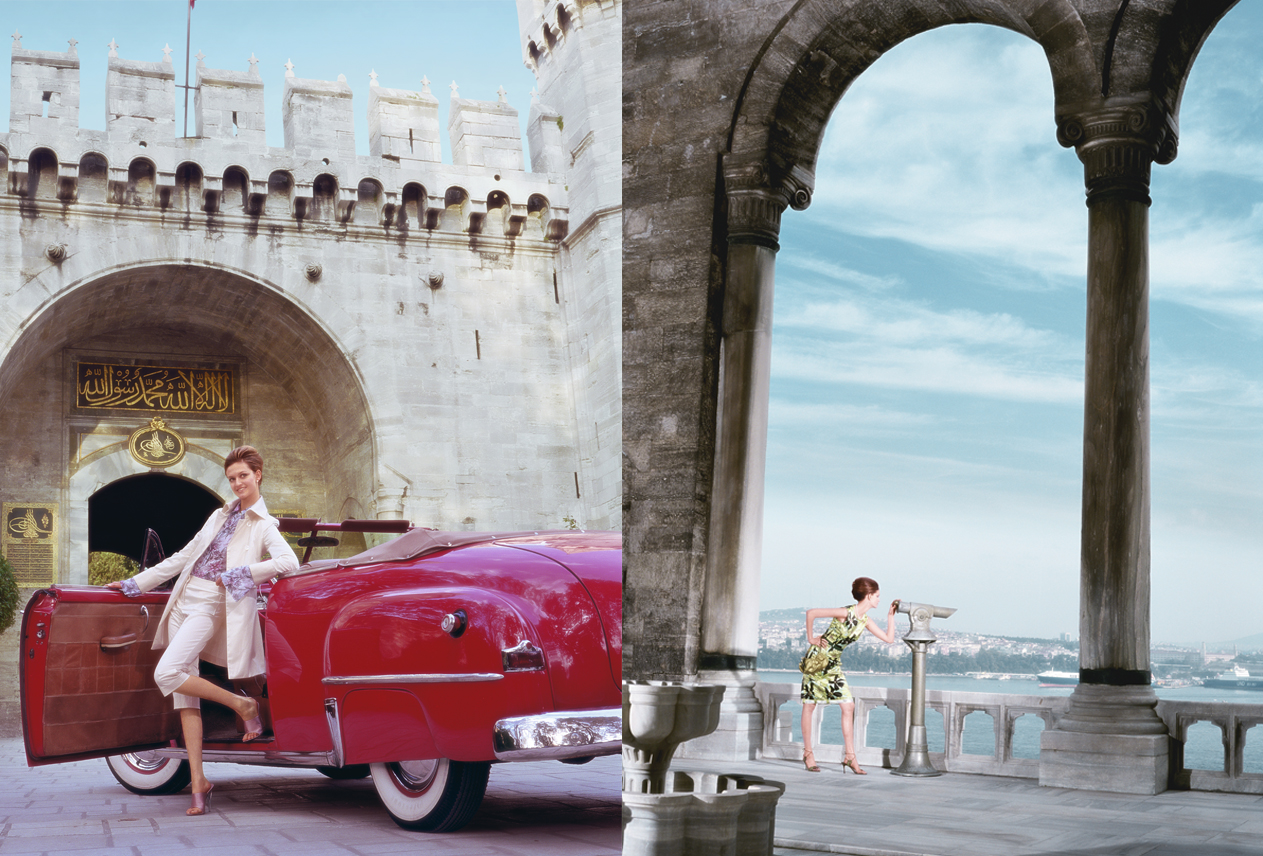 Then we chose one of the ancient Hamans, which look like a scene from Arabian nights. This was tricky as the lenses kept fogging due to condensation. We learned that we needed to let the lenses acclimatize by giving them an hour to adjust to the moisture. The next location was in and around Topkapi Palace where we managed to convince the female palace manager that we were doing something elegant and a good promotion for the palace. Its funny how in ancient times the Sultans mother ran the palace and this woman was a modern version of that. She had all the power and looked as stern as a Sultans mother. Once approved we shot a fantastic 1950s car at the entrance gate, followed by a shot in the Harem. The Harem is where the Sultan kept his wives and family members and only accessible to women and the Unics who looked after them the unics were from Africa and had their gentiles removed before engaging in work at the Harem. 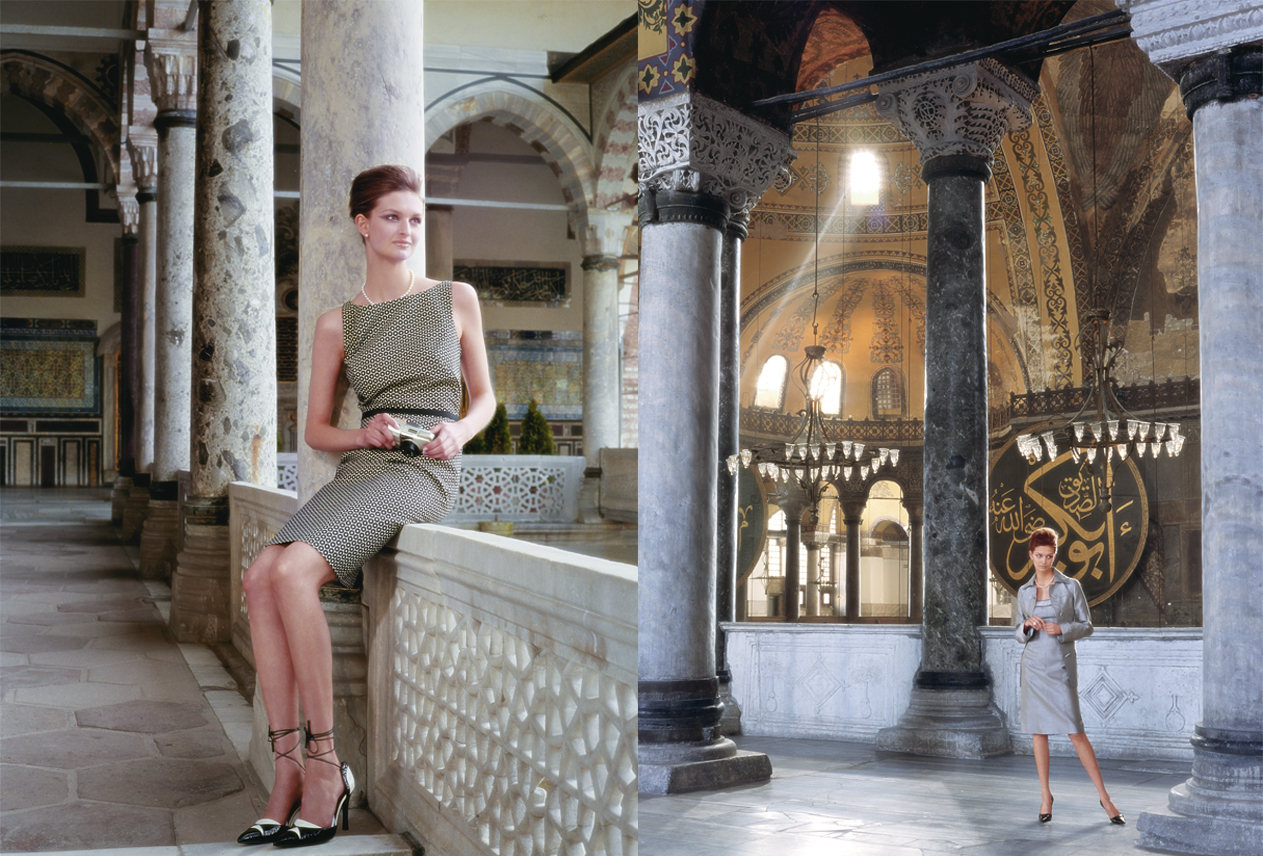 The interesting thing about Ottoman culture is that the Sultans couldn’t take Christian or Muslin women as slaves or concubines so they used to journey to the Russian boarders and choose the most beautiful girls. They then educated them in Literature, music, dance, the arts and social etiquette before they were introduced to the Sultan. He then had his way with them. But as long as the girls were on the good side of his mother, their lives were fairly good. They had freedom around the palace and went on the occasional journey outside. There was lots of competition in the Harem for the girls to be the Sultans number one. There are stories of poisoning and if they had bared a son, some of the other wives would attempt to poison the mother and son. For this reason the famous Gold Cage was built to protect one of the princes. 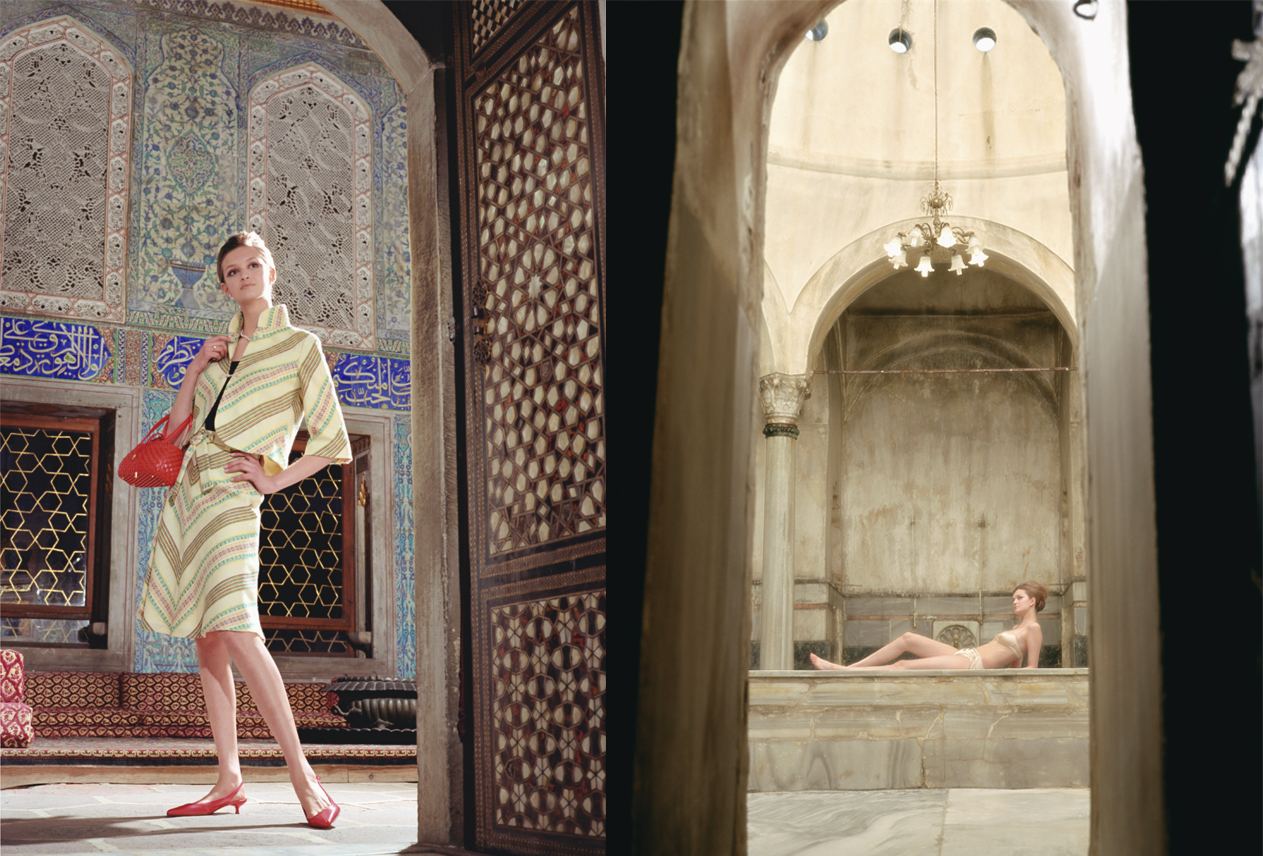 The second story was a romantic Marlene Dietrich inspired shoot at the nostalgic Pera Palace hotel. This area of Istanbul is an up and coming artsy neighborhood. The hotel was part of the Orient Express Hotel group and people who took the Orient Express train from Venice to Istanbul were encouraged to stay there. We shot in B&W sing pools of light to highlight the clothing and architectural details using prophoto 7B packs and heads. I loved the styling and ambience of the hotel the wonderful old cage elevator was beautiful. 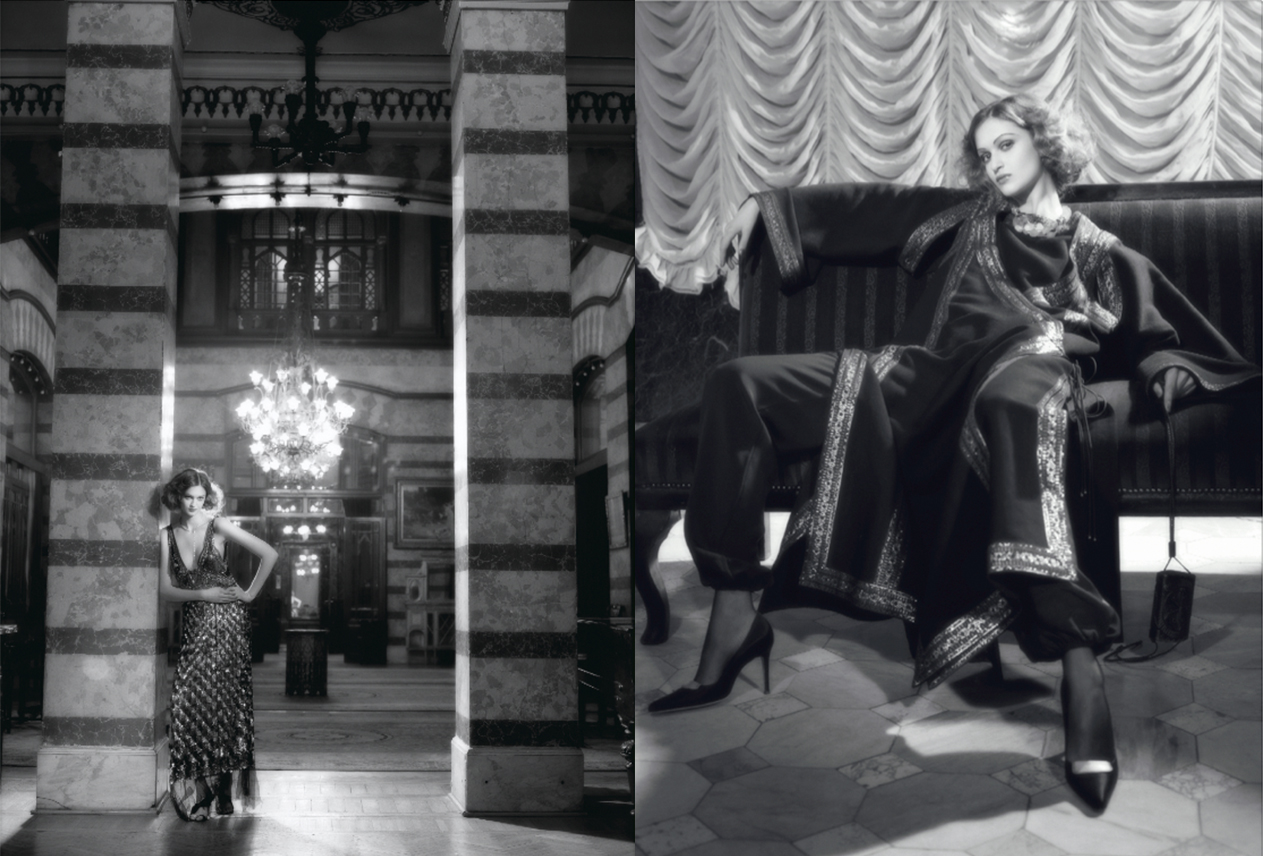 I love Istanbul and try to visit every year to attend one of their cultural calendar events ranging from the Art Biennale to a charity event.