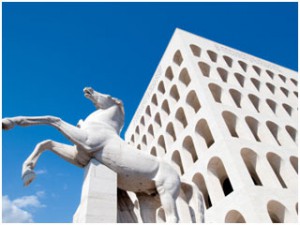 Most tourists fail to come to this odd suburb just south of the city centre. A massive complex of sleek modern buildings manicured knolls just south of the city centre, EUR is a monument to 20 years of Fascist rule, and in the 1930s it was intended for use in a Universal Exhibition scheduled for 1942. Of course the war stopped its completion. The resulting compound has provided the setting for many classic Italian films, like Bertolucci’s The Conformist and Fellini’s La Dolce Vita. 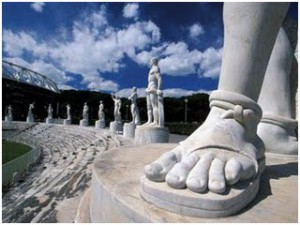 There are still some hints of the fascist yearning for grandeur, especially at the indoor swimming pool, with mosaics by Giulio Rossi and Angelo Canevari, and the Stadio dei Marmi, which opened in 1932 with seating for 20,000 and ringed by 60 colossal statues of nude Roman athletes. The Stadio dei Marmi that stands beside the larger and better-known Olympic stadium is one of the loveliest sporting complexes in the Foro Italico. Like the entire complex, this stadium was designed by Enrico Del Debbio and built in 1932. Part of the beauty is its surroundings with the Monte Mario and the banks of the Tiber, but most of its attraction is derived from its architectural elegance; in particular the enormous tiers topped by 60 white marble statues that were gifts from Italian cities in commemoration of 60 athletes. It was used in the futuristic kitsch classic “The 10th Victim”. 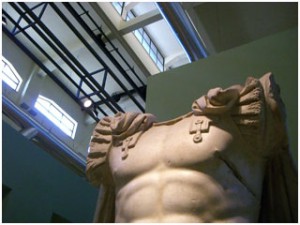 Art Center Acea, via Ostiense 106
T 06 574 8030
You’ll love the juxtaposition of ancient art and industrial archeology. Here you’ll find Greek and Roman statues next to old machines from the electric works of Rome. 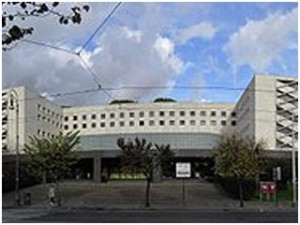 Palazzo delle Poste all’ Aventino Most people would not consider visiting a post office on holiday, but even with all the architectural delights of Rome, this post office still attracts architectural enthusiasts. Adalberto Librera and Mario deRenzi designed this administrative anomaly in the 1930s. 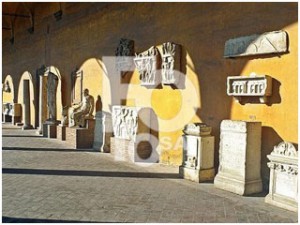 Palazzo Massimo alle terme, Largo di Villa Peretti 2
T 06 48903500
Here you’ll find an amazing archeological collection. It’s considered one of the best in the world, with Greek, Roman and Christian art. And in the basement there are actual archaeological remains, which you can see by a museum guide. 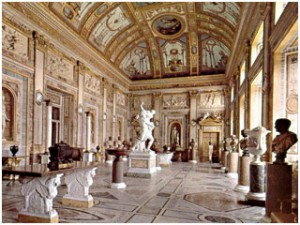 Piazzale Scipione Borghese 5 Casino Borghese,
T 06 328 101
www.galleriaborghese.it
This palazza was built in the early 17th Century for the art-lover Cardinal Scipione Borghese to house his collection of art. Outside of art, the setting is quite beautiful: a frescoed villa in the middle of the greenery of Villa Borghese park. You’ll see one of the greatest art collections in the world: Bernini’s Rape of Persephone, Carvaggio’s Madonna of the Serpent, and Raphael’s Deposition, to name a few. Remember to book your tickets well in advance, as entrance is by reservation only. 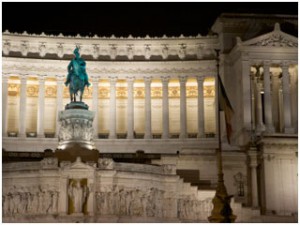 Piazza del Campidoglio,
T 06 8205 9127
On top of the Capitoline Hill, you’ll find this group of art and archeological museums contained in three palazzi surrounding a trapezoidal piazza. Conceived by Michelangelo Buonarroti in 1536, it took 400 years to complete. The collection started when Pope Sixtus IV donated some important bronze pieces to the public and presented them on Capitoline Hill. Since then, the collection has grown immensely. Favorites are the Dying Gaul, Cupid and Psyche, and Drunken Old Woman. 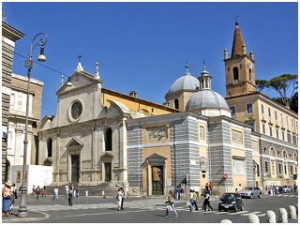 Piazza del Popolo 12
For a lesson in art history, come to this wonderful church where you’ll see art from the Early Renaissance, the High Renaissance, and Baroque periods. It’s one of a few churches with major chapels still in tact. This way, the artwork was preserved as well, and the story told within is complete. Inside you’ll see the famous stained-glass window by the famed artist Guillaume de Marcillat depicting the Infancy of Christ and Life of the Virgin.