Originally we were scheduled to shoot for Conde Nast traveller in Rajasthan 6 month’s prior. We were to shoot a pilot for my TV show named nomad traveller, but my crew and I were hostages at the taj hotel Mumbai terrorist attack, and our plans were derailed. After 8 month of healing we decided to do our Rajasthan photo shoot and pilot for our TV show nomad traveller. We settled on the exotic city of jodhpur and the stunning Umaid Bhawan palace. Still home to the Maharaja of Jodhpur.

My city guide to Jodhpur can be read online here.

The Taj group leased the palace from the Maharaja, who maintains a private wing. They have restored the palace to its original glory and is a must to visit on your trip to India. It’s like stepping back in time, to the 1920s and 30s and the send of a Hollywood movie. It’s a mix of Art Deco and Indian Ray style. It is one of the grandest buildings in the world. It took 15 years to build and 4000 workers and is considered the last great palace built in India. 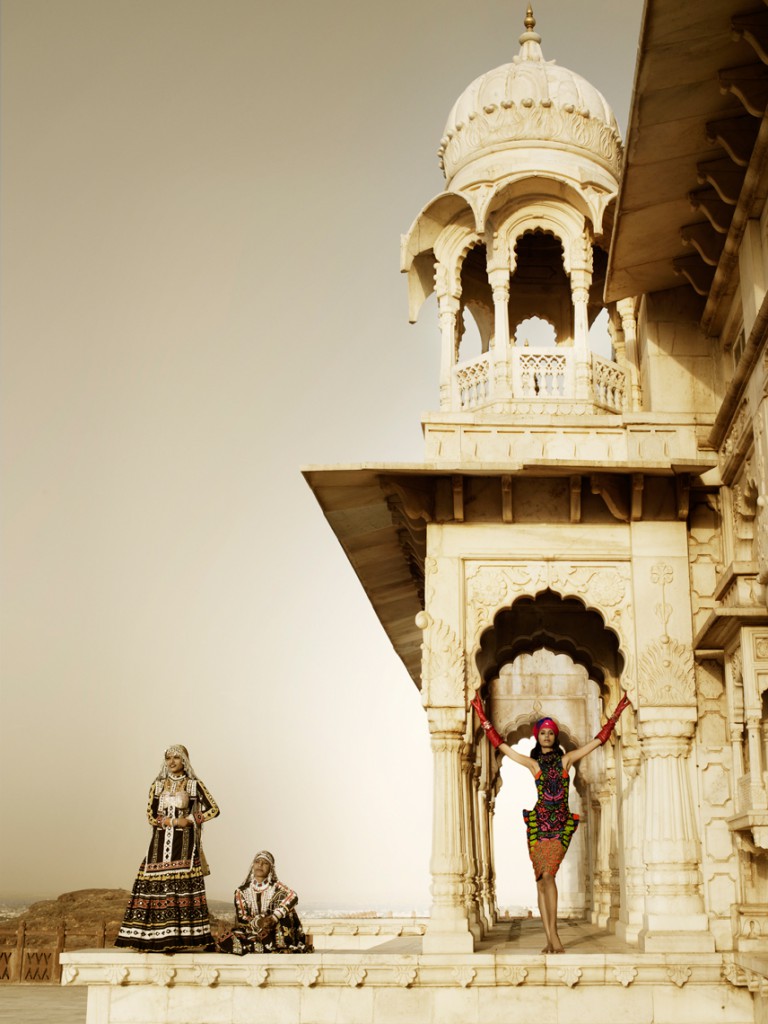 The shoot idea was to create a modern version of a Maharani and capture the elegance of a bygone era. I was inspired by the portraits of the Indian royal families from that time, which were extremely glamorous and mimicked the Hollywood movie star portraits of George Hurrell from the 1920s and 30s. It was obvious that the Indian Royals were obsessed by everything Hollywood, from fashion to furnishings to architecture.

I shot it all in colour and muted the colour to represent the faded glory of the glamorous era. We case India’s super model Ujjwala Raut, who was Tom Ford’s at YSL. She is extremely graceful and elegant, but also a lot of fun to have around. I lit the entire shoot with a 3.0 Octabank and some spotted rim lights and fill lights to fill the rooms. We de-saturated the colours and shifted the blacks to browns to add an antique feeling. 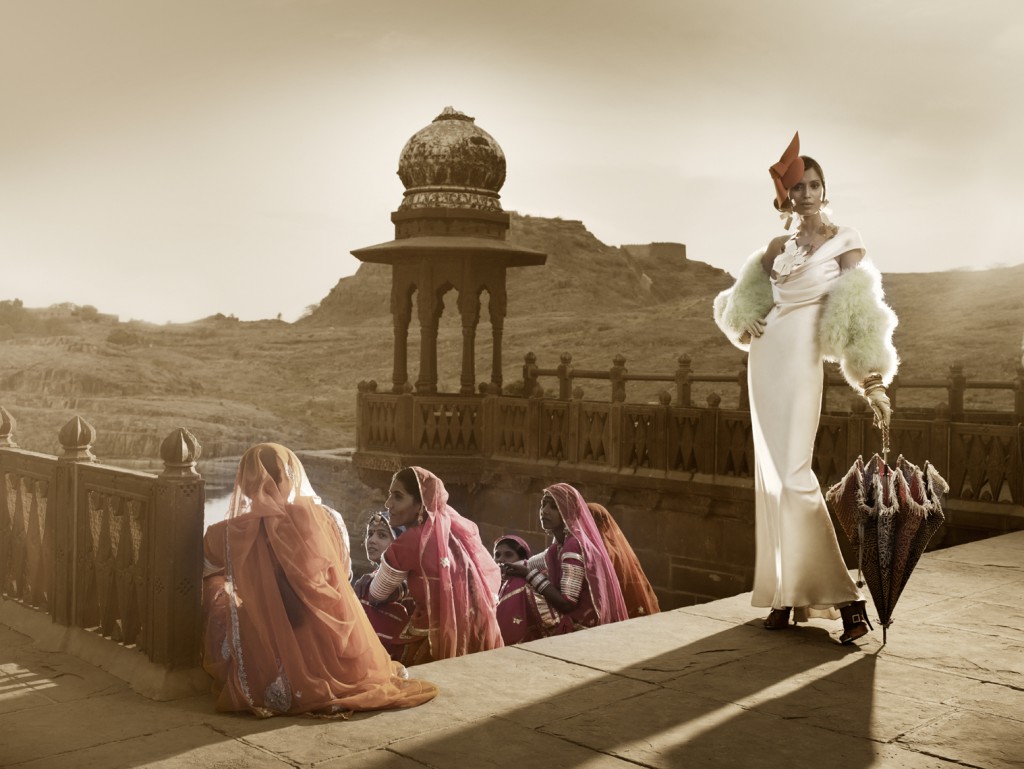 We shot in and around the hotel using the Maharaja’s private car collection. One of the cars was a solid silver Rolls Royce from the 1920s. One of my favourite shots was in the very glam Maharani’s bedroom suite. It looked like something out of a Cecil B DeMille film. These images are from Jaswant Thada, a memorial up by the lake with local dancing women. On our trip we also shot at Sardar Samand, which is the Maharaja’s hunting placing, and now a nature reserve. This is a very pretty sandstone place perched on a hill with 360-degree views of the reserve. 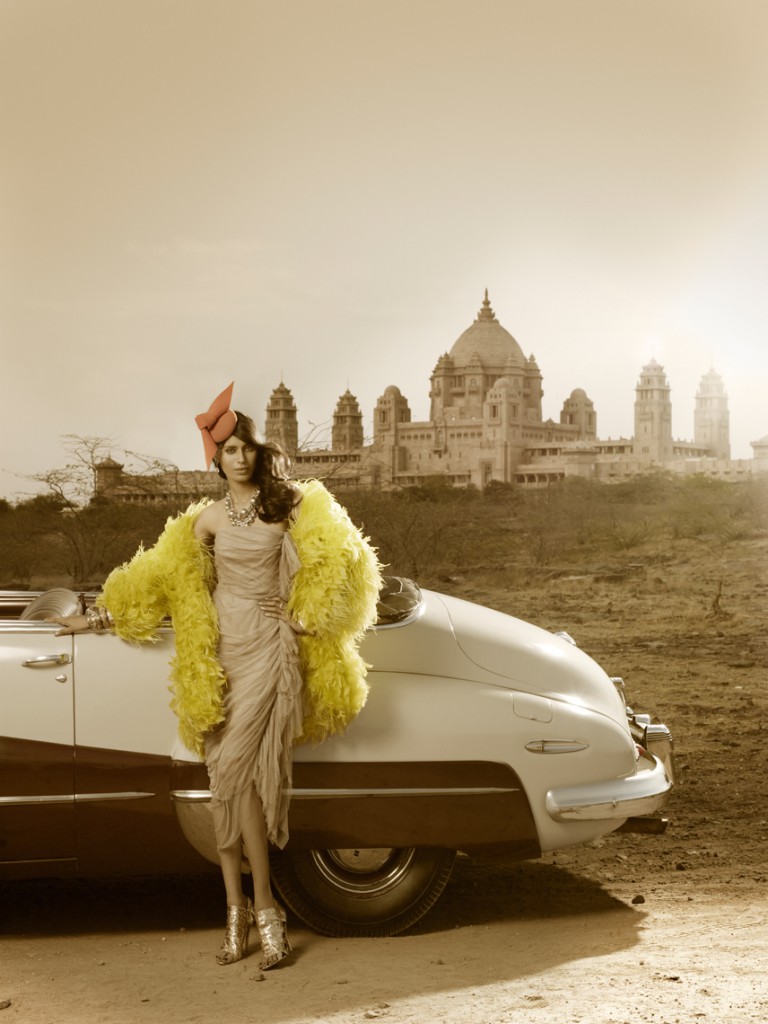 We interviewed the Maharaja and discussed his role as a Maharaja in current times. He also told us a lovely childhood story of how he used to love roller-skating around the palace and being chased by his nannies.

Jodhpur is called the blue city as it was predominantly the Brahmin cast and they painted their houses blue, but there is a also story that it helps to keep the mosquitoes away.

On one of our down days we took a tuk-tuk, which is a type of rickshaw through the narrow streets of The Blue City and up to the Mehrangarh Fort. On the way we passed all the little shops filled with exotic things to wear or eat. The bring colors of their wares seemed electrified against the cobalt blue of the city streets. Click here to view my video guide to the top ten things to do in Jodhpur.

When we were half way up the hill there was lots of commotion on the narrow streets. Then suddenly the sky was ominously darkened and one of the local shop owners shouted for us to take cover as a sand storm was coming.

We looked out across the desert sky and saw the wall of sand coming towards us. We’d never seen anything like it. We all covered our eyes, noses and mouths with scarves as the sand filled the air around us. The driver kept going through the streets to try and find refuge. But it passed as soon as it came.

It was eerie but fantastic and exhilarating. I’ll never forget the visual of the storm approaching and the silent stillness that came before the roar of the sand flying around us. 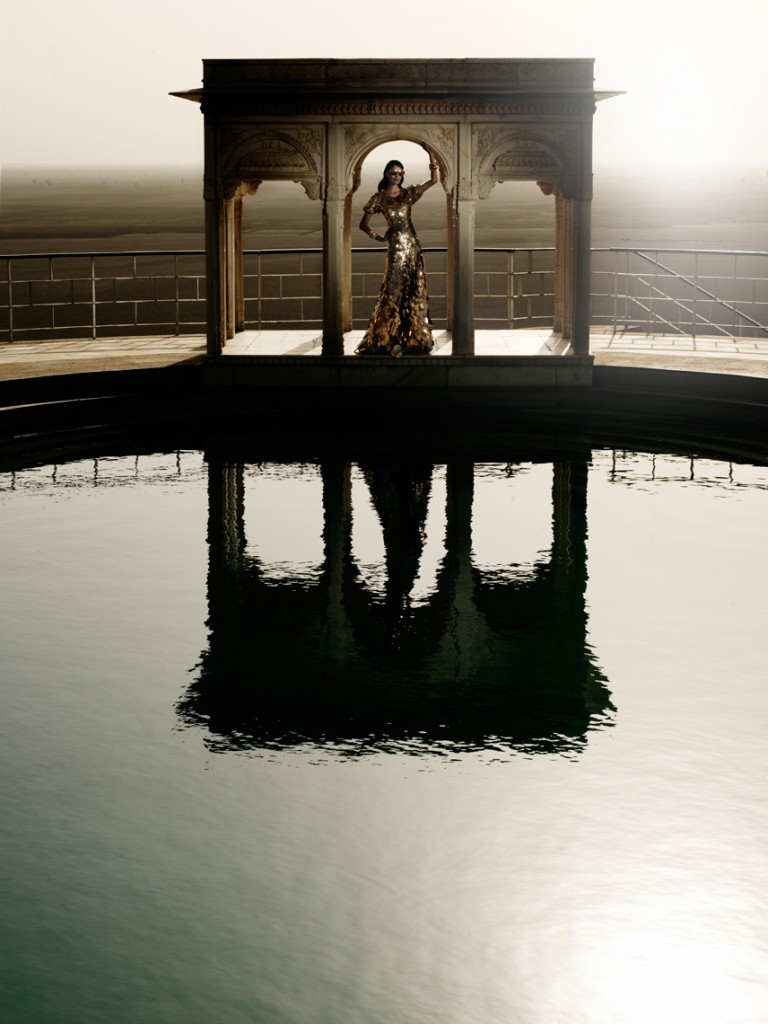