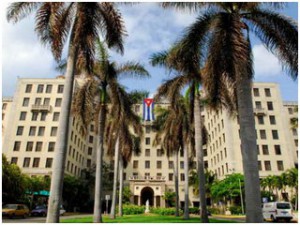 Calle O esq 21,
T 836 3564
Stay at the National for some old world claim to fame. Built in 1930 to accommodate American tourists lured by gambling, the hotel and some famous guests like Winston Churchill and Al Capone. It’s the most famous hotel in Cuba, and a great place to be right after arriving in Havana. With the architecture, huge gardens and terraces, and the best mojitos in town, you’ll immediately feel a part of the Cuban atmosphere. Check out the synchronized swimming show, where the girls resemble Esther Williams and boys look like Johnny Weissmuller. Don’t leave without having a cocktail in the courtyard at sunset. 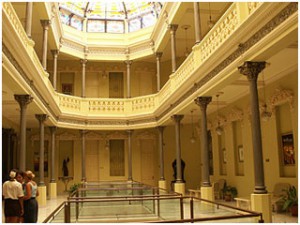 Calle Amargura esq San Ignacio,
T 860 8280
www.hotelraquel-cuba.com
As soon as you walk into the lobby, you’ll be amazed. Look up at the outstanding stained glass roof. You’ll also find a Kosher restaurant at this hotel… it’s the only one in Havana… and get a room with a balcony or terrace, especially ones with city views. 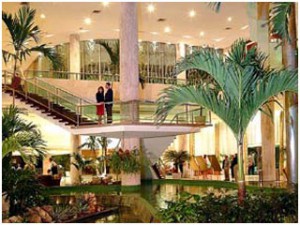 Calle L esq 23,
T 834 6100
www.solmeliacuba.com
In 1959 the hotel was taken over by triumphant revolutionaries, and renamed. This modernist hotel was the choice of Castro for his headquarters during the beginning of the revolution–current guests can get a great tour by asking at the front desk. The place is still hip after all these years and features amazing views, a succulent pool, and the rooftop has a nightclub where you can dance the night away under the stars. You don’t want to leave the hotel without checking out its amazing art collection, starting at the front of the building with Amelia Pelaez’s mural to the Sosa Bravo installation upstairs. The hotel also has a rotating exhibition of paintings. 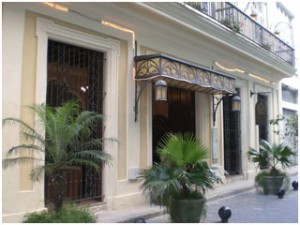 Teniente Rey No 8
Between Oficios y Mercaderes
www.hotellosfrailescuba.com
If you want silence and meditation come to this hotel, which was the mansion of the Marquise Pedro Duquesne, Colonel of the French Navy, who was visited by international artists, church dignitaries, and nobility. You’ll feel like you’re in a medieval abbey. 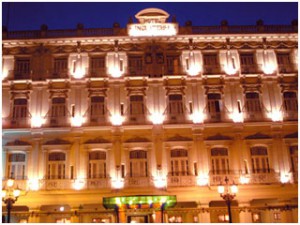 Paseo del Prado 416,
T 7 860 85 95
www.hotelinglaterracuba.com
Hotel Inglaterra is the oldest hotel in Cuba and one of its most classic. While you will not find the most luxurious of hotels here, you’ll find a reminiscent atmosphere and a great staff who will help guide you around Havana.